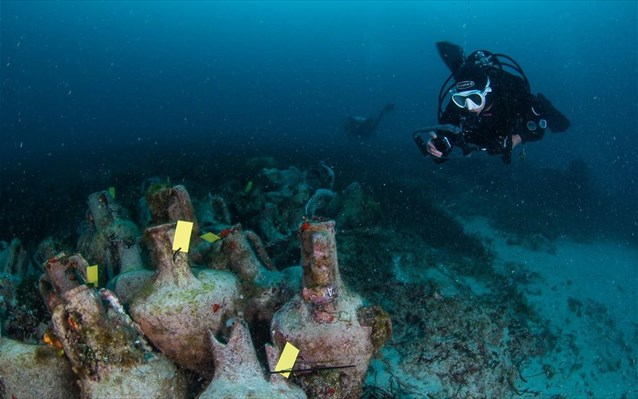 The Region of Thessaly and the Ministry of Culture under the auspices of the President of the Hellenic Republic Mr. Pavlopoulos organizes an International Conference on the Management of Visible Cultural and Natural Heritage Sites in Athens on October 16-18, at the Amphitheater of the Acropolis Museum with titled ‘’Dive in blue growth’’.

The opening of the conference, which brings together 55 speakers from around the world and more than 200 registered attendees. Wednesday, October 16, at 9.30 in the morning by Culture Minister Lina Mendoni and the Regional Governor of Thessaly and President of Association of Greek Regions Kostas Agorastos .Greetings will be addressed by: Greek Tourism Organisation President Angela Gerekou, Secretary General of the Ministry of Foreign Affairs Professor Yiannis Chrysoulakis, Professor of the University of Patras George Stefanidis and the Director of the Department of Antiquities of the Italian Ministry of Culture Luigi Ficacci.

The conference is organized on the occasion of the successful completion of the award-winning Interreg BlueMed trans-European cooperation program for the creation of diving parks and underwater museums, in which the Region of Thessaly is the lead partner.

A total of 55 speakers from around the world will be presenting topics on:

– the management and protection of accessible underwater cultural heritage sites and diving parks,

BlueMed -Interreg MED 2014-2020 is co-financed by the European Regional Development Fund. In the context of sustainable tourism in the Mediterranean, the Congress is an opportunity for underwater archaeologists, public organizations, local governments and authorities, universities, researchers, tourism organizations, diving park managers and diving centers to exchange views and dive solutions of the underwater natural and cultural heritage.